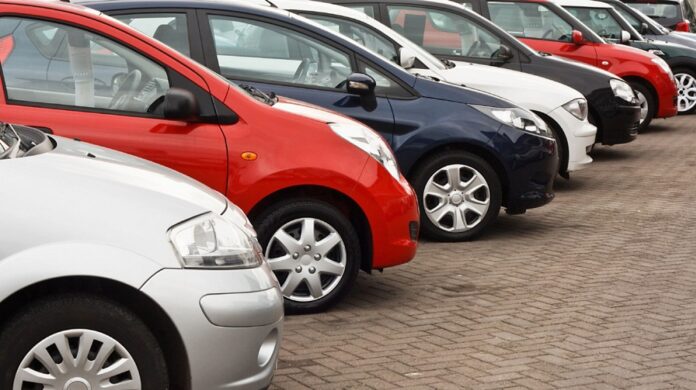 Owing to the phase-wise shutting down and the restarting of the economy due to the pandemic, Pakistan’s automotive industry has had a series of highs and lows in 2020. Fortunately, the auto-sector not only managed to prevail through it all but also welcomed new entrants to its market.

Here is a list of all the vehicles that were supposed to have debuted in Pakistan this year:

Note: As per our knowledge, their launches have merely been delayed and are likely to hit the road within the first quarter of 2021.

The Chinese state-owned automaker, BAIC, would have made a huge splash in Pakistan this year in partnership with Sazgar Engineering Works Limited (SEWL). It had showcased three vehicles, the D20 hatchback, the X25 Crossover, and the BJ40 SUV, in February at the PAPS 2020 Autoshow in Lahore.

All three had a decent range of features and performance figures on paper, but what was most enticing was their individual prices. They were all priced significantly below the competition and offered a strong value for money.

Sources from the company at the auto show told ProPakistani that the vehicles would debut in the market from mid-to-late 2020, but the company has mostly been silent on all platforms since then. The last announcement from Sazgar BAIC was via a Facebook post in which it wished everyone “Eid Mubarak” on Eid-ul-Fitr, which was again followed by complete silence.

Given that the Automotive Development Policy (ADP) 2016-21 will end after the first quarter 0f 2020, it is assumed that the Sazgar BAIC will make its debut then.

Reports on the internet during mid-2020 had stated that Toyota would launch a new crossover SUV in Pakistan to  challenge the Toyota C-HR (both share the same underpinnings), the Honda Vezel/HR-V, the Nissan Juke, the Suzuki Vitara, and other compact crossover SUVs.

The Corolla Cross has the right amount of power, a decent performance, a good number of safety and comfort features, and is aesthetically pleasing. However, it seemed to receive a cold response, especially after it was learned that it would have a starting price of Rs. 8.5 million, making it more expensive than a base-trim Toyota Fortuner which is a mid-size 7 seater SUV.

Considering that the Corolla Cross will be sold in Pakistan as a Complete Built-up Unit (CBU) imported from Thailand and that it has a hybrid powertrain, it explains why its price is so high.

Earlier reports had suggested that it would be sold in Pakistan by the end of December 2020 but according to recent updates, Toyota Indus plans to put it on sale in January 2021.

It had been revealed about a month ago that United Motors intends to bring the Chery QQ back to Pakistan as the ‘United Alpha’.

The automaker already has the 800cc Bravo hatchback in its lineup to compete with the Suzuki Alto and Prince Pearl, but it now seeks to challenge Kia Picanto and the Suzuki Cultus with its new 1000cc subcompact hatchback.

United Alpha is a Chinese hatchback that was launched by Karakoram Motors over 10 years ago as the Chery QQ. However, due to the highly competitive hatchback segment that had featured the Suzuki Mehran, the Daihatsu Cuore, the Chevrolet Joy, the Hyundai Santro, and the Fiat Uno among others that had been vying for the lion’s share of the market, the QQ had failed to impress and was thus discontinued.

This time around, United Motors sees the current lack of variety as an opportunity to strike again. It had originally planned to debut the car in late December but has postponed it to the first week of January 2021.

Pakistan offers a good market for the Hyundai Elantra because its compact sedan segment has been lacking a third option for almost more than a decade. The vehicle is a compact sedan that has gone up against the Toyota Corolla, the Honda Civic, and Mazda 3 in the international market.

The Elantra had also been displayed at the PAPS Autoshow 2020 and had drawn a huge crowd because of its sharp design. A source from Hyundai Nishat had told ProPakistani at the show that the Elantra would be debuted before the end of 2020. However, the lockdowns have since put a damper on the plan.

According to recent news that has been confirmed by Sources, Hyundai Nishat has already assembled some units of the Elantra and is planning to put it on sale in the first quarter of 2021. The vehicle is also reportedly loaded with specs and features that are similar to those of the internationally-sold Elantras.

However, the entire package is likely to come at a hefty price. Internationally, the Elantra costs between $18,000 and $22,000 for different trims, which is almost between Rs. 2.8 million and Rs. 3.5 million. However, considering that it will go up against the Toyota Corolla and the Honda Civic, its starting price is estimated to be around Rs. 4 million, and with its specs, features, performance, and aesthetics, it is likely to give a tough time to the competition.

The delayed launches of all these vehicles may just be a blessing in disguise with the promise of something positive and interesting to look forward to in the new year.