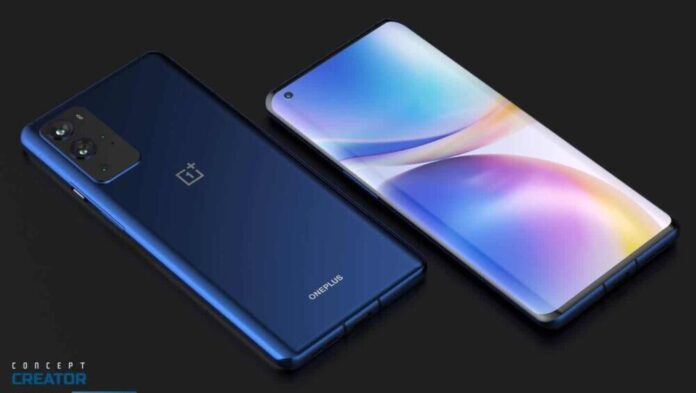 The OnePlus 9 series is expected to arrive during Q1 next year, and we are starting to see renders for the upcoming flagship. Another set of renders have just appeared, showing that OnePlus is sticking with the same design for the OnePlus 9 as the 8T and Nord devices.

Published by LetsGoDigital, the images show a rear panel with a rectangular primary camera featuring two large and two small lenses. A main wide-angle lens, an ultrawide camera, and a telephoto zoom camera are a given, but it is unclear what the fourth camera is for. It is unlikely to be a periscope lens and could be a macro camera instead.

The display will have a punch-hole camera in the corner and the curves on the side will be more pronounced than the ones on the OnePlus 8 Pro. It is expected to be a 6.7-inch AMOLED panel with a 144Hz refresh rate. The base OnePlus 9 will have a flat display panel instead.

All OnePlus 9 phones will be powered by the Snapdragon 875 with up to 8GB RAM and 65W fast charging. Unlike the OnePlus 9 Pro, the vanilla OnePlus 9 will have a triple camera setup on the back.

The OnePlus 9 series is expected to arrive in the middle of March next year.