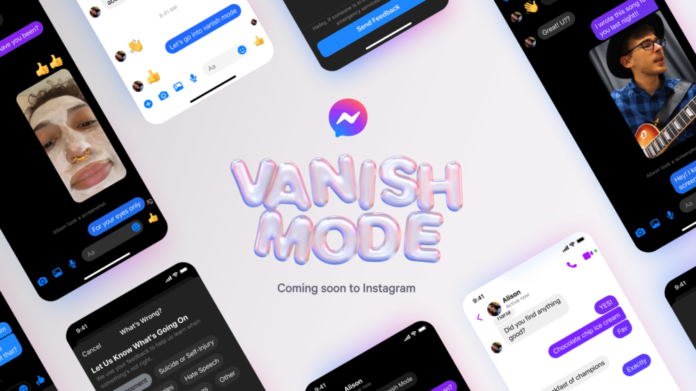 Facebook is introducing disappearing messages for its main trio of apps. While some have already received the update on Instagram, most are yet to get it on WhatsApp and Facebook. The feature was announced a while ago, but it has only started rolling out now.

The new feature is called Disappearing Messages on WhatsApp, and Vanish Mode on Instagram and Facebook. The purpose of this feature is the same in all 3 apps. Once it is enabled, it deletes all messages from a chat once you switch apps or the chat is closed. Keep in mind that anyone can still take screenshots of these messages before they disappear.

It works for both personal conversations and group chats and even though the chat disappears instantly, Facebook has said that the conversations can still be reported. The chats remain in the system for up to 14 days, meaning that they are not instantly removed.

Vanish Mode can be activated on Facebook and Instagram by swiping up from the bottom of a chat. On WhatsApp, you will need to open a chat, tap on the contact’s name, select “Disappearing Messages” and turn it on. You may not see these options in your apps just yet as the rollout is still underway.

The feature should become available to everyone in the upcoming days.