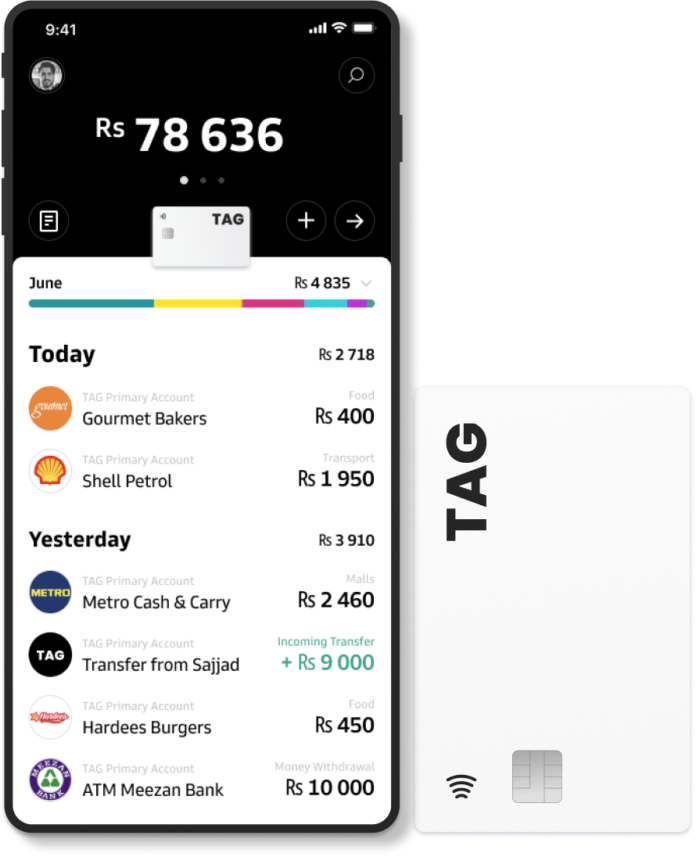 Mobile application TAG has become the latest fintech startup to get approval from the State Bank of Pakistan (SBP) to operate as an Electronic Money Institution (EMI) in Pakistan, a press release issued by the company said on Monday.

According to the company, TAG is a ‘super app’ which would allow its users to “open mobile wallets and get debit cards”. Users would be able to perform transactions over the internet, including transferring money, paying bills or topping phone credit with a touch.

“Over the next few months, TAG will be commencing pilot operations under the regulation of the SBP before its commercial launch,” the release said.

“Pakistan is headed for an exponential increase in digital payments in the coming years. The seamless digital payments offered by innovative fintech like TAG […] will power the country’s growth as well as financial inclusion,” TAG Chief Executive Officer Talal Ahmad Gondal said.

“We are using the latest tech stack and our technical team comprises experts who have built some of the best fintech products out there. We are certain that we will deliver a world-class mobile banking and payments product for Pakistani consumers too,” added Chief Technology Officer Alexander Lukianchuk.

Since the introduction of EMI regulations by the SBP in April 2019, a number of Pakistan-based startups — including Nayapay, Sadapay, Wemsol and Finja — have announced obtaining an in-principle approval.

The SBP had launched EMI Regulations last year with five-pronged objectives; to provide a regulatory framework for EMIs looking to offer innovative payment services to the general public; prescribing minimum service standards and requirements for them to ensure delivery of payment services in a safe, sound and cost-effective manner; outlining the permissible activities that can be carried out by an EMI and its agents’ network; providing a baseline for the protection of EMI’s customers; and achieving the SBP’s goal of digital payments and financial inclusion.

To further promote the Digital Pakistan Initiative, it also unveiled a National Payments Systems Strategy in November 2019, which lays out a detailed plan to kickstart the migration towards electronic payments with an active role of government.

Ater the coronavirus lockdowns in March, the country saw a growing shift towards digital payments as evidenced by average daily interbank funds transfers jumping to around 357,000 and hitting the peak of almost 700,000 towards the end of May, as compared to the pre-lockdown mean value of 188,000 a day.