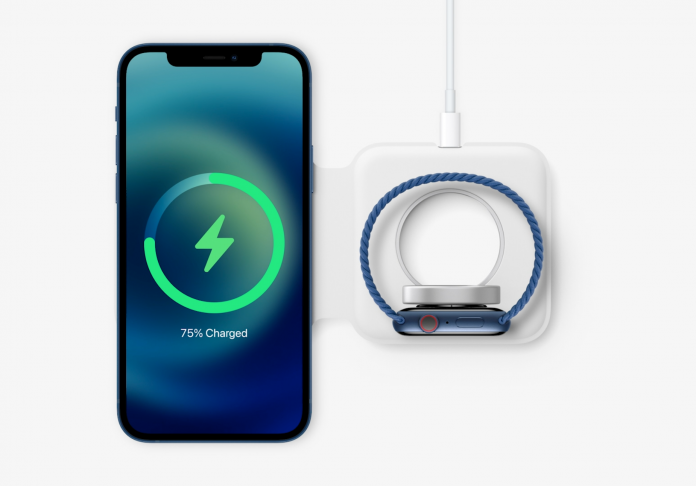 Apple has been on a reviving spree while introducing the new iPhone 12 series. First with the same flat design of iPhone 5s and then the company has also brought back one of its most beloved technologies – MagSafe.

The new iPhones will have a built-in magnet to better connect with wireless chargers or attach snap-on cases and with the demo that we have seen, one can also say that MagSafe in iPhones is pretty much similar to the way it was for charging a Macbook back in the days. This also means that users will no longer have to worry about the jack being damaged – something that Apple has been working on for years to move its customers from charging their phones through lightning cables to a more portable option like wireless charging.

However, with that there is another important question that will Apple go for a completely portless iPhone, considering the boost they are trying to give to the idea of wireless charging? If we look at the new MagSafe Duo Charger or Belkin’s MagSafe 3-in-1 charger the answers seem to be a pretty much YES!

With both the chargers having the ability to charge multiple devices at once (iPhone, Apple Watch and Airpods) one can expect that iPhones soon may remove any option of wired charging in the upcoming years.

This big change means a lot to Apple personally because with this, the company would be able to surpass the USB-C standard and they will also be able to make more slim iPhones (a logic that Apple once gave while removing the headphone jack). iPhones will become better at waterproofing with little to no holes and we might also see an edge-to-edge display – all with one trick.

On the financial forefront, Apple will also be able to gain more control over its charging ecosystem. The company’s division of “wearables, home, and accessories”, which also includes major items like Apple Watch and AirPods along with cables and chargers, stood the lowest earner in the most recent financial quarter. However, when we compare the numbers with the iPad business then its neck to neck with $6.5 billion a quarter, which means that Apple in the future considers the division very useful for its growth in revenue.

Furthermore, with MagSafe Apple is also planning to give users an experience that will become an integral part of their own quality of life goals. But with that being said, the major role of the magnet will come into play when users would be able to position their phones just like the way they want during charging and won’t even have to worry about breaking or bending the cable.

Besides that, we are also sure that Apple would also come up with a number of other important accessories along with a snap-on wallet to showcase the true potential of the magnet in front of its dedicated users. Hence, it wouldn’t be wrong to assume that we might get to see a magnetic snap-on zoom lens as well by a third source company.

Overall, if Apple really wants to make MagSafe a success – which of course looks obvious – then get ready for portless iPhones. And the icing on the cake is also the fact that the company will convince the consumers for it in ways that we just won’t be able to resist!