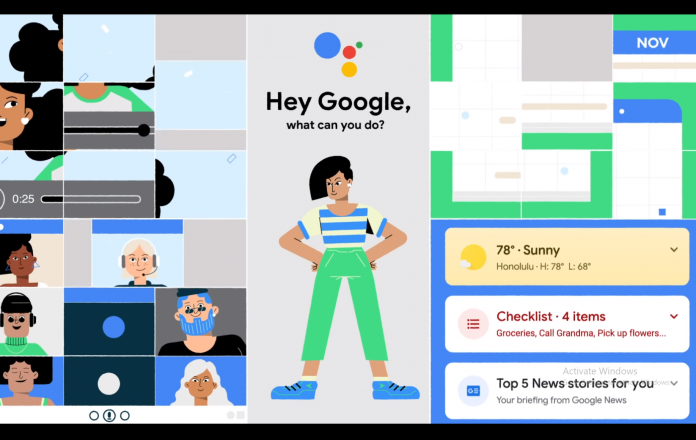 As lately Google has been working on making its popular Assistant integrate with more third-party apps on the Android devices, therefore your voice commands will now also work for more common tasks like starting a run or even browsing your shopping cart as well.

With effect from this week, Google will start allowing users to do a voice search for whatever they want within any app that they have installed on their Android phones right through the Google Assistant. The company is going to make this possible by letting developers go for deeper integrations based on directly connecting common tasks or pages with an app using voice commands.

Prior to this, Assistant offered very limited support to third party apps. It was more like exclusively for the apps that had special Assistant support within them. But with new functionality in place, you can now ask the Assistant to open your YouTube subscriptions with the command of “Hey Google, YouTube subscriptions” or you can open your Instagram profile with “Hey Google, My Instagram profile”.

Google has begun with this extensive support process with the top 30 apps listed on the Play Store which include Facebook, Instagram, Amazon, TikTok, Spotify, Postmates, Discord, Walmart, Etsy, Snapchat, Twitter, Uber, and more. There is also a variety of Google’s own apps like YouTube, Gmail, and Maps, which are also now a part of the Assistant support.

To make it all possible, Google is also offering developers to either choose a common function while deep-linking the app with Assistant or create custom actions as well.

In case, if you are interested to know the apps that offer the app-specific shortcuts, say “Hey Google, my shortcuts” and it will lead you to a menu showing the desired information that you are looking for, along with with you activating specific commands as per your choice.

But for instance, if you use a shortcut more frequently and you want it to be on your list, then you will first have to add it to the Assistant. Google also offers a list of shortcut suggestions based on knowing the apps that you use more frequently but you can also dive deep into the actions allowed on an app-by-app basis.

To add more fun, users can also set shortcuts with custom phrases like if you want to open the Twitter app and tweet then instead of saying “Hey Google, tweet” you can begin with your favorite line like “Hey Google, shout into the endless void.” But with that being said, you’re still going to face some limitations set by the developers of the apps. A more common example of this is how you can use a shortcut for creating a new Facebook story but Instagram doesn’t allow this, on the other hand.

Overall, the new Assistant shortcuts don’t really live up to the efficiency of Apple’s Siri Shortcut app, but as Google has started setting up the deep-linking process, this might make the Assistant more useful in the near future.