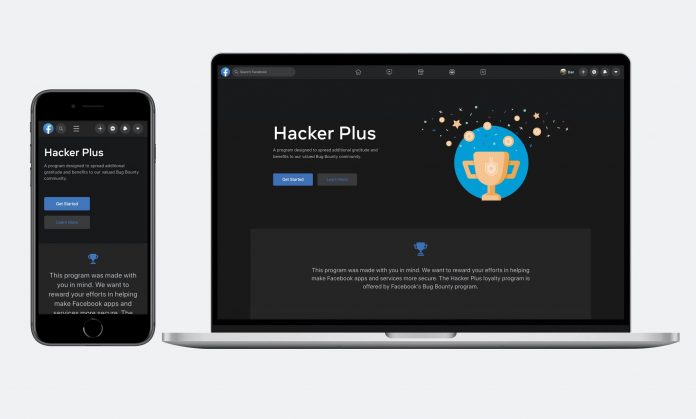 Facebook needs bug hunters who are willing to figure out problems in the platform’s code, and it usually provides payments known as bug bounties for people that have participated in this sort of thing. Now Facebook will be taking this to a whole new level by giving these bug hunters the chance to enter a loyalty program, and all these people will have to do would be to have participated in bug hunting at some point in time after which they are automatically going to end up being added to this sort of thing.

The loyalty program is called Hacker Plus, and the way it works is that bug hunters would be sorted into Bronze, Silver, Gold, Platinum and Diamond tiers. If a bug hunter makes it to the bronze league, this means that they would get a 5% bonus in addition to the bug bounty that they would be receiving. Diamond tier hackers would get a hefty 20% bonus which can add quite a bit of value to their earnings and help them focus a great deal more time and energy into locating various bugs that are currently out there all in all.

Gold, Platinum and Diamond tier members are also going to be able to check out new features before anyone else through exclusive offerings, and the top two tier members would also get the chance to go to exciting bug hunting events and enjoy free travel as well as accommodation which is an excellent perk that is going to entice a lot of bug hunters into joining Facebook’s ranks.

Facebook has also launched a new bug description language known as FBDL, and this language basically involves bug hunters being able to more simply and efficiently note down what bugs they have found. This program is the first of its kind and it’s an exciting addition to the field