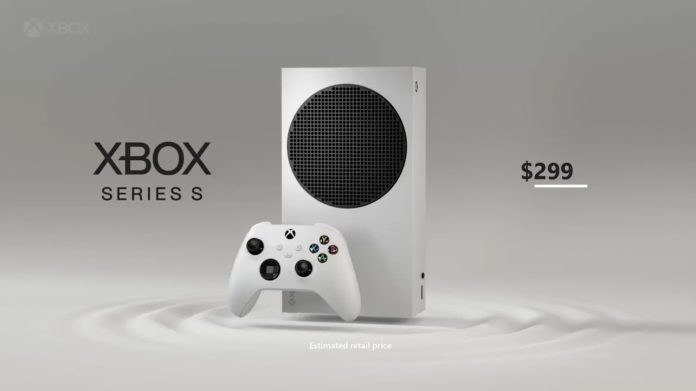 The Xbox Series S console design has leaked out, revealing a no-frills chassis that’s mostly a big cooling vent. The console is rather basic and resembles an Xbox One S with a gigantic speak on the top, which is of course a vent to channel heat flow from the built-in 7nm AMD SoC. It also looks like the system will be digital-only and has no disc drive, which aligns with recent reports.

The leaked video confirms the Series S is half as wide as the Series X, which makes sense given the console’s drastic reduction in power and heat output. The Series X’s footlocker design is specifically made to channel intensive heat generated from 4K 60FPS gaming from the bottom to the top via a huge 140mm fan, but the Series S doesn’t have that problem

No specs have been confirmed, but reports over the past 2 years have outlined key details. The Series S should feature the same 7nm SoC as the Xbox Series X, complete with an 8-core, 16-thread 3.8GHz Zen 2 CPU. Overall performance is significantly dropped outside of the CPU, however.

These downscaled specs have the Series S targeting 1440p 60FPS and offers a lower-cost entry point into the next-gen market.

The $299 price tag is due to the console’s 7nm SoC, which Microsoft says is expensive to manufacture. This is also a big reason why the Series X will be an enthusiast-priced system.

No official announcements, reveal info, or pricing has been revealed by Microsoft yet