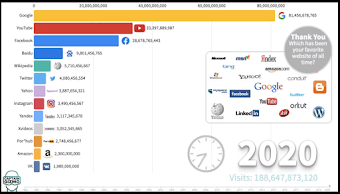 Web browsers are a critical part of accessing the internet. Without a web browser it is pretty much impossible for you to get any kind of access to the world wide web. Perhaps the most notorious browser out there is Internet Explore. However, the fact of the matter is that Microsoft is finally doing away with this reviled web browser.

Over the years a lot of internet browsers have risen to and then fallen from grace. The first truly popular web browser was Netscape, and the fact of the matter is that while people might think that web browsers are a very recent invention they’ve actually been around for about a quarter of a century.

After Netscape faded into obscurity, the modern crop of browsers starting with Internet Explorer started to gain a lot of traction. These days most people agree that using Google Chrome is the best option making it the gold standard for other browsers to follow. Even Microsoft’s revamped browser Edge is based on the same basic open source software that Google Chrome is built on. People are often looking for alternatives that don’t have anything to do with Google, and Firefox has emerged as a privacy safe alternative. Most people seem to be perfectly content with Google Chrome and this doesn’t look like it’s going to change anytime soon.