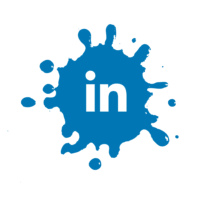 Not that long ago pretty much every single social media platform out there wanted to try and get in on the new Stories craze that was taking the industry by storm. While Snapchat was the originator of this feature, Facebook ended up being the eventual winner of the race through its subsidiary, Instagram.

LinkedIn has always been an underdog in a lot of ways but the social media platform has managed to create a niche of its own, one where it more or less reigns supreme in a way that most other social media platforms are lagging behind. Facebook has been trying to replicate LinkedIn’s success in the corporate networking niche but it appears that LinkedIn is trying to copy Facebook’s success with Stories as well.

While LinkedIn Stories probably aren’t the most popular version of this feature, a new addition to Stories on the platform might make this less of an issue at the end of the day. A new feature that allows people watching a Story to swipe up to be taken to a link is being tested, as reported by Alessandro Paluzzi. People that have used Stories on other platforms would be familiar with this feature, and this is something that LinkedIn is actually counting on quite a bit due to the reason that it might just be the only way that the platform can end up getting on par with competitors when it comes to Stories.

Stories can be quite useful on LinkedIn. They can be used to advertise job opportunities as well as to share any successes you may have seen in the world of business. LinkedIn is clearly trying to add new features that would potentially help it grow its user base, and diversifying its range of features is not necessarily going to harm its niche. LinkedIn is perhaps the biggest threat that Facebook is facing, especially after this update.