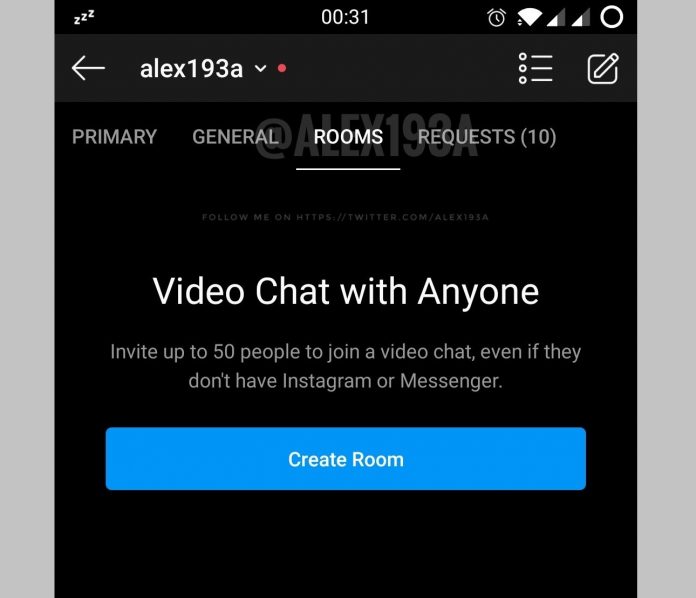 Recently, Alessandro Paluzzi, a mobile app developer has tweeted that Instagram is working on a ‘Rooms’ tab to provide a platform for video chat with up to fifty people at one time.

Now, this is something interesting, but Facebook had mentioned its intent to eventually roll out the feature for Instagram too, and it seems that it will happen pretty soon.

This whole idea of creating ‘Rooms’ was conceived in 2014 when Facebook had first introduced the idea of a stand-alone app that could let users create a designated place and then invite other people to have a group chat with. However, this idea had to be dropped in 2015, but when the coronavirus pandemic hit the world in 2020, Facebook revived this idea to allow video-conferencing features for people around the globe. During the pandemic, lockdowns and social distancing measures were being implemented and people were encouraged to use mobile apps and different online features to continue working and studying from home. Zoom, Different apps surfaced with renewed features to bring about video-conferencing features. Google Meet and Microsoft Teams are few important and very widely used apps that have helped millions of people during the lockdown period in carrying out their work and studies easily.

Facebook also launched its ‘Messenger Rooms’ that allowed the users to create Rooms, invite people from their friend’s list, and have virtual meetings with them when real and more ‘physical’ meetings were not possible. This feature allows up to fifty people in one room, and then these friends and family members can virtually hang out with each other, have fun, share links, have family discussions, or have official meetings too. Basically, people started relying on social media to hang out with each other instead of doing that in reality. Even now, when the lockdowns have lifted from many regions and offices have resumed their function, still, many people have started finding these virtual meetups more convenient rather than the real ones.

Messenger Rooms provides facilities that Zoom allows for its premium users, so in this regard, Facebook has designed it to be quite dynamic and accessible for everyone. And now those same features will soon be available on Instagram.

Many small/medium-sized business owners use Instagram to promote and sell their products and services. Rooms on Instagram will probably open a lot of new ways for the promotion of their businesses with targeted audiences.