Home Tech Apple Apple’s iPhone 11 Was The Most Popular Smartphone Across The Globe During...
WhatsApp
Facebook
Twitter
Email
Linkedin 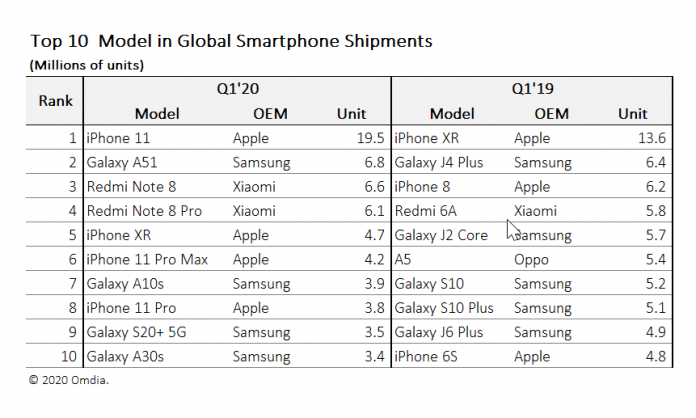 In the contest to offer the best smartphone device in the world, it seems that the only competition Apple has nowadays is Apple itself since Apple’s iPhone 11 surpassed iPhone XR to become the most popular smartphone in the world during the first half of this year. Recently, Omdia published new data for the mobile market in the first half of 2020, and according to this data, the most popular smartphone model is iPhone 11.

Director of smartphone research at Omdia, Jusy Hong, stated that Apple has taken either the first rank or second rank in the global model shipment ranking of Omdia for more than five years. Hong added that the success of Apple is the result of the company’s strategy to offer relatively few models which allows it to focus its efforts on a small number of products. These products appeal to a broad selection of customers and sell in high volumes.