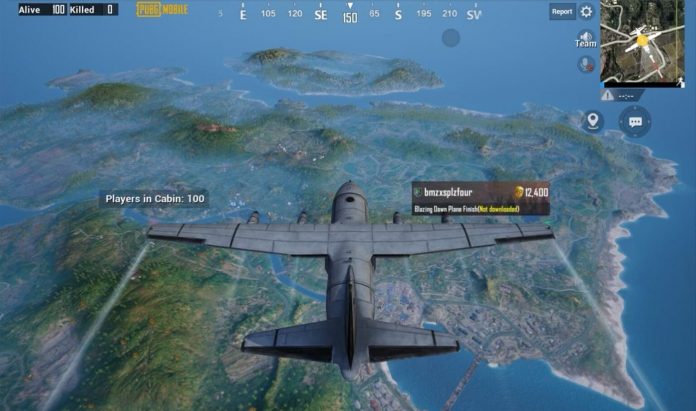 Apple’s lead story on the App Store Today screen is about the upcoming season of PUBG Mobile. The iPhone-maker also recently did a similar promotion for Butter Royale.

It’s clear Apple wants everyone to know that while Fortnite was kicked out of the App Store, there are other battle royale games.

PUBG Mobile about to enter its “New Era”

Fortnite developer Epic Games is making headlines by fighting with Apple over revenue sharing. But archrival Tencent’s PUBG Mobile seems to be more popular. In July, it pulled in more revenue than any other game globally, and had significantly more downloads that Fortnite, according to app-tracking service Sensor Tower.

And Tencent’s creation is about to get a major overhaul. Despite launching back in 2018, PlayerUnknown’s Battlegrounds has never reached version 1.0. It’ll hit that milestone Sept. 8, bringing a “New Era.” The profile of it posted on the App Store Today screen on Friday says that with “a full overhaul of the signature Erangel map and enhanced graphics that bring cleaner textures and flashier effects, Version 1.0 modernizes the blockbuster battle royale.”

The update will improve the look of explosions and smoke — important enhancements in a game focused on combat. But characters, buildings, water and even grass also will look more realistic.

The current version of PUBG Mobile can be downloaded from the App Store. It’s free to play, but there are plenty of in-app purchases.

Butter Royale is a kid-friendly alternative

No one under the age of 17 is supposed to play PUBG Mobile, and the cutoff age for Fortnite is 13. Even so, there are many much younger players of these combat games, which worries child psychologists. Parents might prefer their children play Butter Royale, which has a similar plot, but it’s a food fight, not a kill-or-be-killed struggle for survival.

Apple likely sees Butter Royale as another Fortnite rival, as this game was also highlighted on the App Store Today screen since Epic Games’ title was banned earlier this month.

As its name suggests, the offering from Mighty Bear Games drop players into an arena to battle friends or rivals, just like PUBG Mobile and Fortnite. But the tone is much lighter.  Weapons include the Breadzooka. And these make squishy food noises when used, not explosions

Butter Royale is available on the App Store. But it’s part of Apple Arcade, so playing it requires a $4.99-per-month subscription fee. This fee also brings access to more than 100 other games, all of which can be played on a variety of Apple devices. And unlike the “free” battle-royale games, there are no in-app purchases, ads, loot boxes, chats or tracking allowed. The only cost is the monthly fee