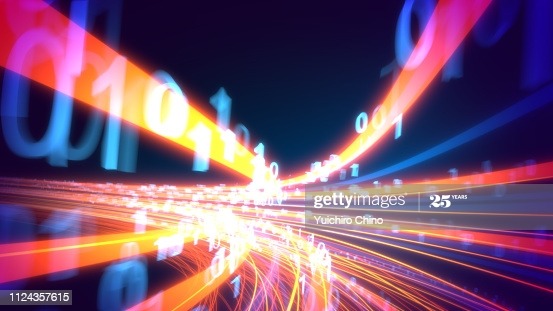 A team of researchers at University College London has done something truly groundbreaking. It has created the fastest-ever Internet connection in recorded history, beating the previous record by a significant 20% margin.

Headed by Dr. Lidia Galdino of the UCL Electronic and Electrical Engineering Department, the team was able to transmit data at a mind-boggling 178 terabits per second. Not only is this connection twice as fast as that of the best system in the world right now, it is also pretty close to the theoretical limit of data transmission itself, proposed by mathematician Claude Shannon back in 1949. Ever wanted to download the entire Netflix library within a second? Well, you could do just that with this Internet connection!

The researchers stated that this was made possible by using a wider range of colors than are typically used in data transmission via optical fibers. This range was then combined with a variety of amplifiers to make the best possible use of the properties of light concerned with data transmission. This was what allowed them to control and manipulate individual wavelengths.

While an Internet connection of 178 terabits per second is certainly a massive breakthrough, it can’t be useful unless the wider public is able to use it. Unsurprisingly, the technology is still largely a proof of concept and it’s unlikely that it will be mass marketed anytime soon.

However, the good news is that the researchers have reason to believe that this new technology will help upgrade existing connectivity rates by modifying the current infrastructure. This will require the installation of upgraded amplifiers on optic fiber routes that are slated to cost around 16,000 pounds per kilometer.

In other words, even though we shouldn’t be getting our hopes up right away, we can expect a considerable boost in Internet bandwidth within the coming years.