Home Tech What is PayPal? PayPal not coming to Pakistan. Alternative of PayPal in...
WhatsApp
Facebook
Twitter
Email
Linkedin 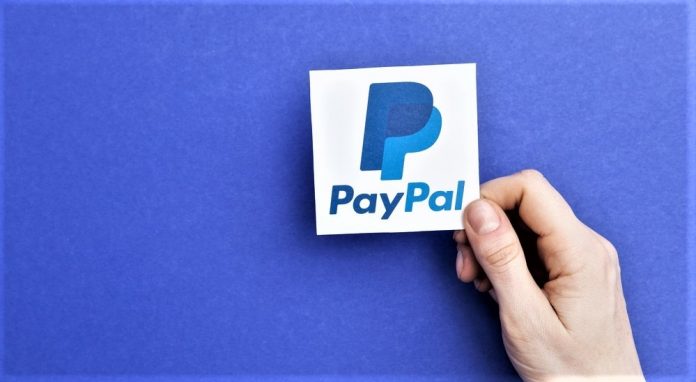 PayPal Holdings, Inc. is an American company operating a worldwide online payments system that supports online money transfers and serves as an electronic alternative to traditional paper methods like checks and money orders. The company operates as a payment processor for online vendors, auction sites, and many other commercial users, for which it charges a fee in exchange for benefits such as one-click transactions and password memory.

PayPal not coming to Pakistan

Federal Minister for Information Technology and Telecommunication, Dr. Khalid Maqbool Siddiqui, revealed on Thursday that PayPal is not coming to Pakistan.

The government is still in touch with PayPal and is looking for other alternatives, said the minister while briefing the Senate Standing Committee on Information Technology and Telecommunication. The committee meeting was chaired by Rubina Khalid on Thursday.

Secretary IT, Maroof Afzal, said that PayPal’s internal issues were the reason behind the company’s refusal to Pakistan. He said that security and anti-money laundering related laws have been tightened and there is no issue on Pakistan’s part now.

Senator Mohammad Ateeq Sheikh said that the company is not coming to Pakistan due to lack of legal backing.

He further said that PayPal is operating worldwide, and a Pakistani director who is working in the company wants to bring it to Pakistan. However, fearing money laundering in the system in Pakistan, the company has refused to come to Pakistan.

He proposed that the government should provide a sovereign guarantee to PayPal and ask them to come via a Public Private Partnership to remove their apprehensions.

The committee observed that due to lack of an online money transfer system, the country is losing huge foreign exchange reserves.

It’s also holding back the freelance sector which needs a payment gateway to flourish.

Alternatives of PayPal in Pakistan

Payoneer is truly a digital passport of a freelancer. It has business agreements with global companies like Google, Amazon, Airbnb, Upwork, Fiverr, People Per Hour and Getty Images.

Freelancers receive payments in US$ which they can convert into Pakistani currency at any VISA ATM. This payment method is secure and attached to the VISA.

The good news is that now Jazz Cash has made a contract with Payoneer to facilitate the Pakistani freelancers. Now, freelancers having a Payoneer account can withdraw money through any Jazz Cash point throughout the country.

Due to these factors, Payoneer in Pakistan is a symbol of growth for freelancers.

It is another alternative to PayPal. It works well in Pakistan and linked with VISA, MasterCard and American Express. It has a verified payment method for freelancers.

If you are a new competitor and you have local Pakistani clients, then there are also some local payment gateways for you such as SimSim, EasyPay, and SadaPay. These payment solutions are linked with VISA and MasterCard. So we can make transactions online using these solutions. These systems are verified by State Bank of Pakistan so there is no hassle about the security breach.

SimSim is a service introduced by FINCA Microfinance bank. It is a card-less digital payment system. This solution is suitable for new freelancers with small earning as it has transaction limits.

EasyPay by Telenor Pakistan is designed especially for the e-commerce market of Pakistan. It has various online tools to satisfy the needs of Pakistani freelancers.

SadaPay offers cash withdraw without any additional bank fee. It has also multi-features to be called as a modern payment solution system.

Raise your Voice to bring PayPal in Pakistan. Use #BringPayPalinPakistan