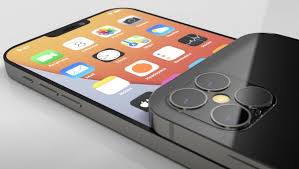 People expect wild things from their iPhones because after all Steve Jobs first introduced them as the only most innovative machine one would always find in the market. Although Tim Cook has been criticized over the years for not keeping up with the legacy, a recent feature in the new iOS 14 might just step up the game as it will now actually allow users to operate an iPhone without actually touching the screen.

As the new wild option is known by the name “Back Tap”, it will give users the liberty to perform certain tasks and give specific commands to their phones by tapping on the back twice or thrice. The list primarily includes activities like taking a screenshot or opening a specific app.

To turn on the new “back tap” option, users will have to go to the “Accessibility” option in the Settings of any iPhone or iPad with the beta version of iOS 14. There will be a ‘Touch’ icon under the ‘Physical and Motor’ option – which is much like a hand pointing one finger up. Toggling it on or off will make you use the feature just the way you would like.

iPhone users will also have the option of choosing shortcuts to launch upon double or triple tapping the back. The most used options of the feature, for now, are home, screenshot, spotlight, and adjusting volume.

Although the software update will roll out in this fall, yet users with the beta versions of the software can access the feature now and report any issues that Apple should resolve through the right forums.

The beta version of iOS 14 came out last month and one glimpse of it shows that the software is far from polished. However, the good thing is that it lets users keep on poking around for bugs which Apple may have missed before introducing it to a specific pool of users and you all will get to see a much more improved and complete final version of the software on the official release date.

Ever since first introduced, iOS 14 has been gaining popularity for its redesigned home screen, widget gallery, app clips, and a new Siri interface as well. But that doesn’t mean there are no other new features like the back tap. You can expect much more from Apple playing their wild card entry with iOS 14 in the fall.