An interesting report published by Ramsha Jahangir, a journalist who discusses in detail how government is surveilling millions of ordinary citizens amid the global pandemic. The article revisits the first case that emerged about a patient named Yahyah Jaffery who eventually recovered but his details were leaked on social media. Similar pattern ensued with other patients and infected medical staff as well. The article quotes; according to a health department spokesperson, twenty doctors residing in Sindh alone were targeted.

Private information leaks and data breach posits a huge challenge in Pakistan. Also, only recently, Prime Minister of Pakistan, Imran Khan announced that the government has deployed a tracking system to monitor security and terrorism. The system has been provided by Inter Services Intelligence. The tracking system has also been proved useful against the rampant COVID-19. However, the contact tracing is one of the central strategies being used by many other countries including Italy and Germany to bring the pandemic under control. But the main issue in Pakistan is the lack of transparency and risking digital privacy standards, which ultimately leads to a multi faceted conundrum; that is whether public rights are protected? 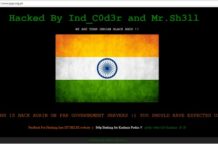